OPEN Consortium celebrated the 1st National Round Table in Vientiane (Lao PDR) on 4tth March 2021. The gathering was attended by the Vice-minister of the Ministry of Education and Sports (MoES), high-representatives from other ministerial bodies of the Lao PDR government, and the  European Union Ambassador to Lao PDR. During the meeting, 2 crucial publications, as a result of the coordinated work of the OPEN consortium, were officially presented to the audience: “Needs Analysis“document and the “International Relationships Offices Management Guide”

They were joined by a numerous delegation of at least 50 participants of the Higher Education Institutions of Lao PDR, including high-representatives from the managerial staff, representatives from international organisations, together with the members of the International Relationships Offices of the 5 public universities which take part in the OPEN consortium. The 1st OPEN National Round Table was a blended conference in which Laotian partners participated on a face-to-face basis, congregating in the Crowne Plaza Hotel of Vientiane, and the EU representatives of the OPEN project from Italy and Spain contributed online.

The conference was a great opportunity for the OPEN consortium to trigger discussion on internationalization and modernization of the Higher Education system in Lao PDR. As such, NUOL presented the final version of the OPEN Needs Analysis document: “The state of internationalization in Laos - Need Analysis and Mission Sharing”, outlining the main challenges and barriers to international activities within the university community in this South-East Asian country. Afterwards, partners reunited in small groups to reflect and dialogue upon the main conclusions sketched by the Needs Analysis and sharing their conclusions on an animated debate. 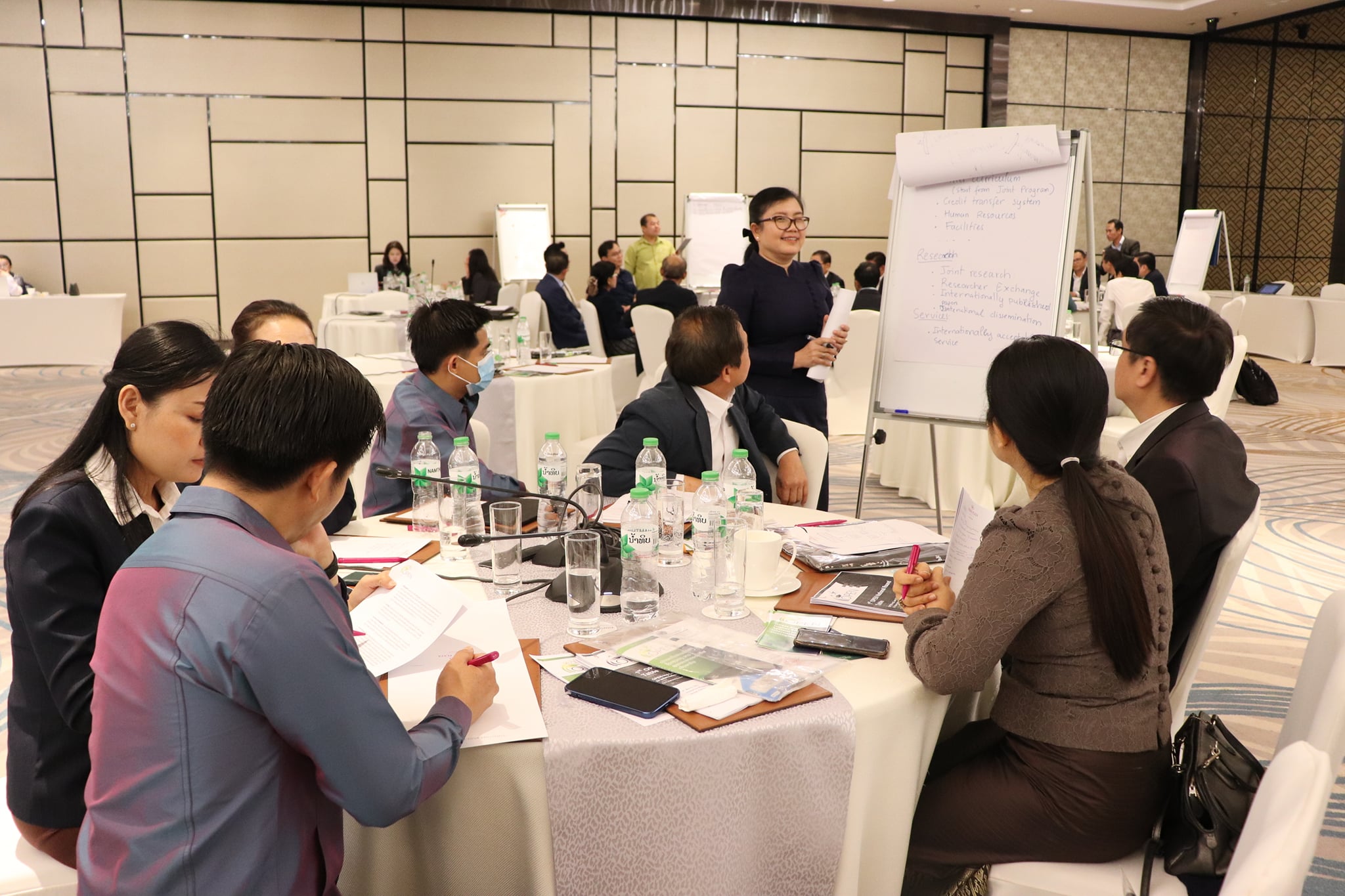 Immediately after, the MoES, in the figure of its international department, presented the “International Relationship Management Guide for Lao PDR Higher Education Institutions”, proposing concrete policy solutions to improve the current operational framework in which current international actions are conducted at the Higher Education level in Lao PDR. With this document, the OPEN consortium focuses specifically on formulating feasible solutions to generate sustained impact within the International Relationships Offices human, institutional and infrastructure capacities of the 5 universities public universities of Lao PDR. The exposition was followed by an intense session of group work to stimulate discussion and engagement with the suggested policies for internationalization. 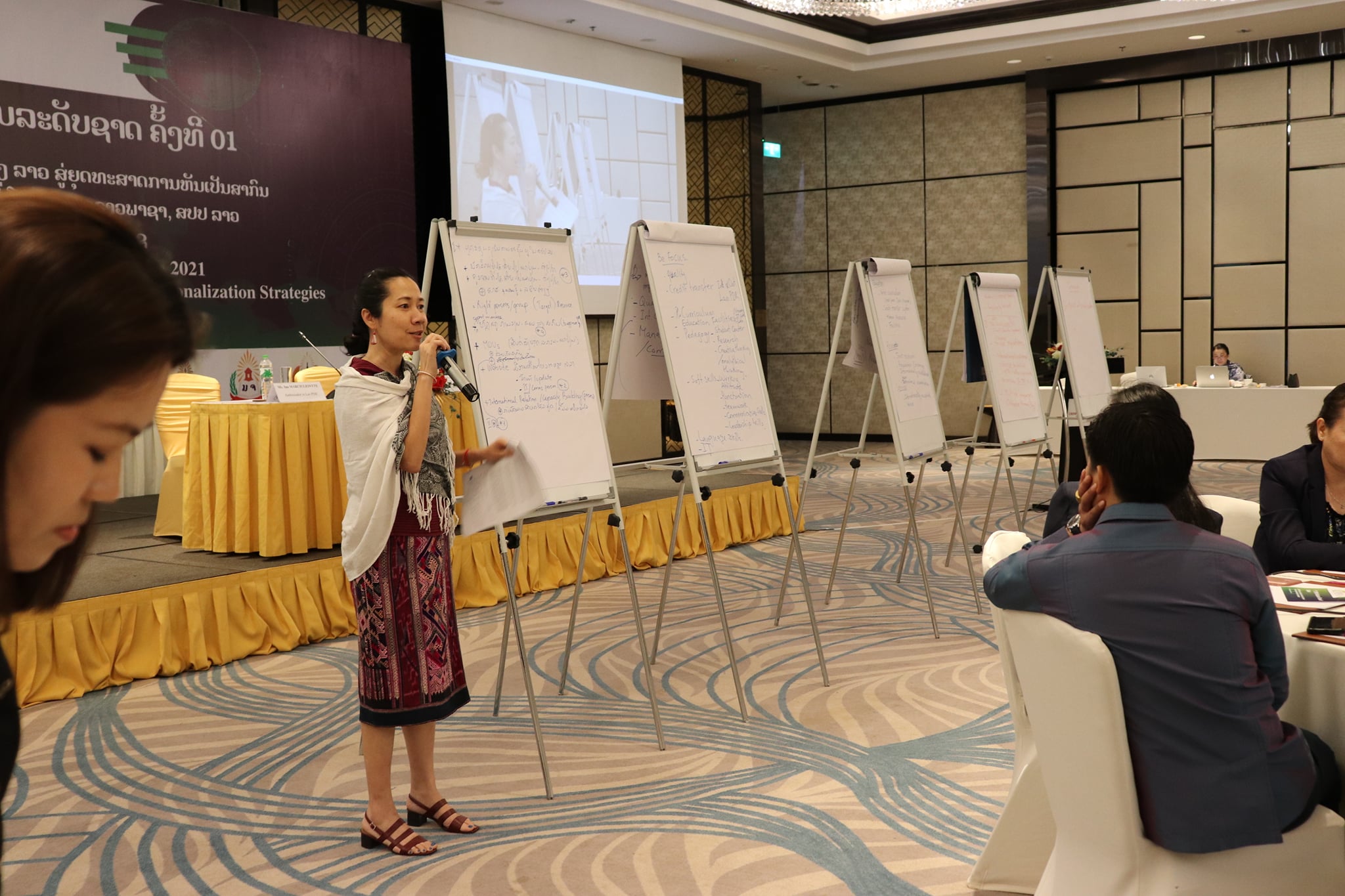 The 1st OPEN National Round Table was finalized with the virtual participation of the University of Bologna and the University of Alicante, which rounded-up the discussion by linking the main conclusions of the analytical and policy documents presented during the meeting with future OPEN project activities. European partners highlighted the potential of the capacity-building actions, infrastructure endowment, strategic planning, and networking to ignite development, transversality, and consolidation of international actions at the Higher Education level in Lao PDR.

The OPEN / “Opening Laos Higher Education System to internationalization strategies” project is a Key Action 2 of Erasmus +: Cooperation for innovation and exchange of good practices: Strengthening of capacities in education superior, co-financed by the European Commission. The general objective of the OPEN project aims at increasing the academic quality and research activities of universities in the PDR of Laos through the development of internationalisation in Lao PDR, working specifically with the International Relationships Office of the 5 public universities of the South-East Asian country. OPEN will be implemented over the next 2 years and it is expected to return to face-to-face actions as soon as the COVID-19 pandemic allows for international travel. 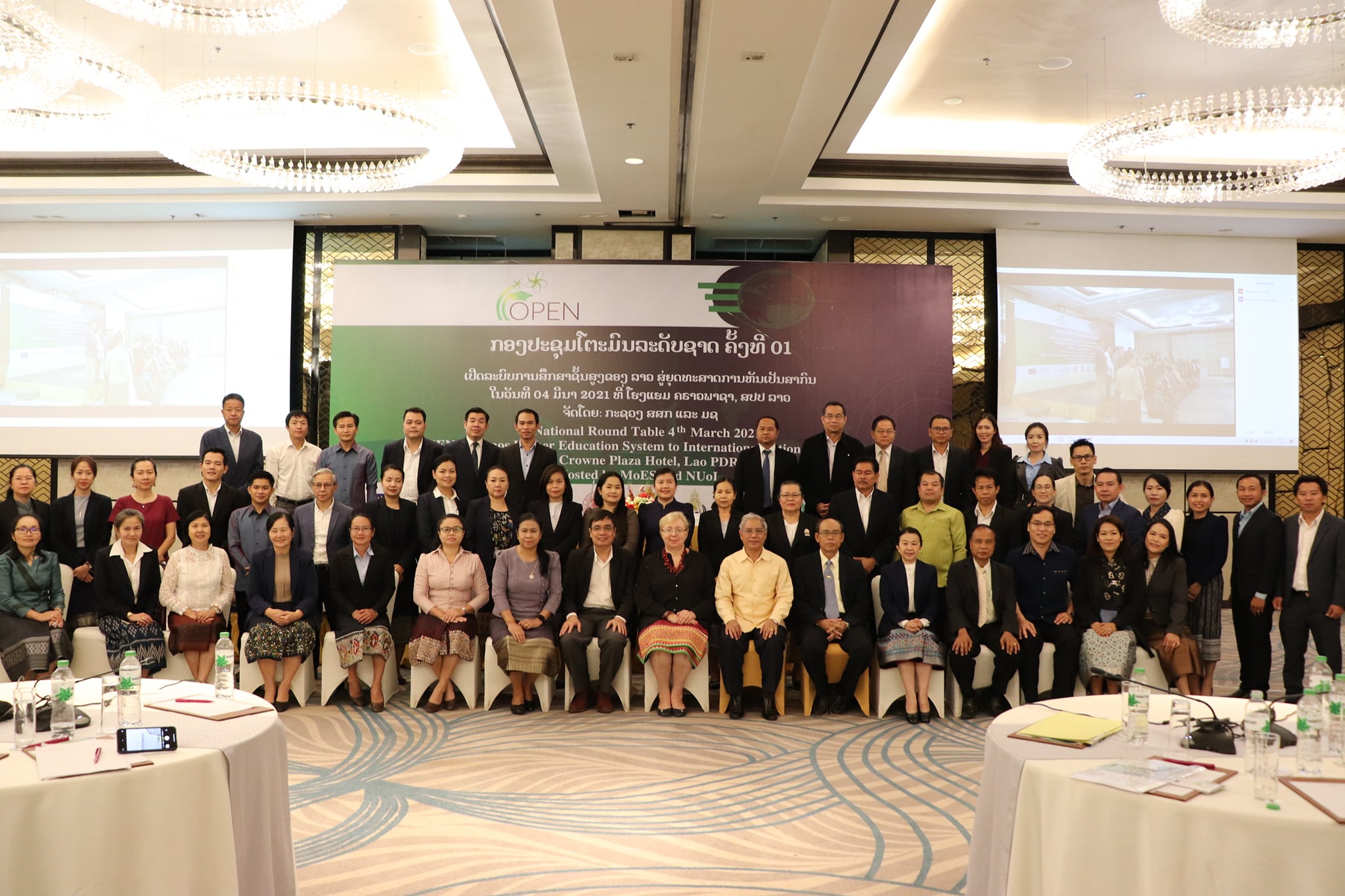